Would you like to switch to the accessible version of this site?

Don't need the accessible version of this site?

About the Doctors and Therapists

Our Doctors and Therapists 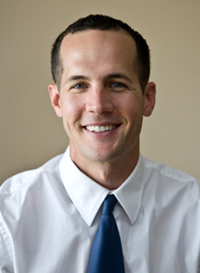 He is full body certified including complex protocols, nerve entrapments and Master’s in Active Release Technique (ART) and has completed training in SFMA and Functional Movement Systems.

Dr. Southall met his wife, Dr. Tobie Southall, at Parker College of Chiropractic in Dallas in September of 2005 and was married in November of 2006. The two of them are proud parents of Kaden "Fisher" Southall, Killian Lancaster Southall, and Sadie Madden Southall.

Dr. Jeremy Quint attended Kansas State University for his undergraduate education. He recieved his Doctor of Chiropractic Degree from Life University in 2009, in Atlanta Georgia. He recieved the Extern Excellence Award during his final clinical externship in Woodstock, GA.  He is a Board Certified Chiropractic Physician with the Alabama and Ohio State Board of Chiropractic Examiners and also holds a Board Certification in the State of Alabama for Physiotherapy (Chiropractic Physiological Therapeutics).  He continues his postgraduate education in the fields of nutrition, sports science, blood chemistry and dry needling.

Dr. Jeremy Quint has been practicing for 10 years, and has performed over 150,000 Chiropractic adjustments, and counting.  He has been used several times as an expert witness for the treatment of various injuries and their response to Chiropractic care.  He has worked with athletes from Kansas State University, Ohio State University, Clemson, University of Cinncinnati, Georgia Tech and University of South Alabama.  He is Certified in FDM (Fascial Distortion Model), which he did his training with the medical teams of the Chicago Cubs and Arizona Diamondbacks.  He is currently the Chiropractor for the University of South Alabama (along with Dr. Justin Southall), and is also the personal Chiropractor for numerous high level triathletes, runners, cyclists, golfers, tennis players, power lifters and dancers for the Mobile Ballet.

Dr. Jeremy Quint is married to his beautiful wife Andie, who is also a Chiropractor.  He has three children, Havyn(12), Emeryn(10) and Finn(1). He enjoys fishing, hunting, surfing, hiking, camping, music, working out and spending time with his family.